The current state of the Ulaanbaatar heating sector presents a unique opportunity to initiate a transition towards a decarbonised heat supply and wean itself off coal-based power and heat. As the coldest capital in the world, experiencing temperatures down to as low as minus 40°C, the demand for heat is high. While the coal based heat generation capacity is old with some plants operating beyond their expected lifetime, the rapidly growing population makes it challenging for the existing heat generation capacity to satisfy the rising demand. The heat and power sectors, tightly coupled from their generation in combined heat and power plants (CHPs), are responsible for the largest share of greenhouse gas (GHG) emissions. A decision to upgrade and/or expand the CHP capacity to meet the growing demand risks to lock the city into coal dependency for decades to come. Now is therefore a critical moment, and a unique opportunity, to steer the sector away from fossil fuels by introducing low-carbon heating technologies.

Previous research has shown that full electrification of the Ulaanbaatar heating sector could lead to its decarbonisation by 2050. However, such scenarios would lead to a notable increase in electricity demand, locking in the dependency on coal-based CHP and extending the timeline for decarbonisation. In this study, we investigate whether there are other feasible decarbonisation options beyond full electrification, and their potential cost implications. Such an option is the application of solar assisted ground source heat pumps (SAGSHP), a hybrid technology combining ground source heat pumps (GSHP) and solar thermal collectors that generate heat from both technologies and maximises the efficiency of the heat pump. We compare a less electricity intensive decarbonisation scenario with the application of large scale SAGSHP as the main heating technology to a fully electrified decarbonisation scenario informed by previous research.

The implementation of the less electricity intensive technology leads to a decrease in electricity demand by 28% compared to a scenario of full electrification of heat supply. Even though the more capital intensive technology (SAGSHP) increases fixed costs by 30%, the cost savings from the lower electricity demand offset that difference, leading to 9% lower total costs. This is due to a less electricity intensive scenario requiring 22% less installed power capacity, 23% lower grid expansion costs and 28% lower variable costs.

These findings imply that in the particular case of Ulaanbaatar, full electrification may not be the optimal route for decarbonisation of the heating sector. The major increase in electricity demand would place a heavy burden on the power sector, leading to high costs for capacity, transmission and distribution expansions. The highly coupled heat and power sectors means that electricity production largely responds to the heat demand, resulting in significant inflexibilities in the system which limit the ability to increase the penetration of renewables and thus also the decarbonisation of both sectors. As such, a key challenge is to gradually phase down CHP while increasing the participation of renewables in a tightly coupled system. The application of heating technologies which are more efficient and maximise the direct use of renewable heat can reduce the burden on the power sector while gradually decoupling the heat and power supply sectors. Doing so could untap flexibilities that are locked within the system and facilitate the increased penetration of renewables and the decarbonisation of the energy supply.

Based on the results from the scenario analysis, we identify three key transformations which need to take place to enable the decarbonisation of the Ulaanbaatar heating sector. Those include:

This study investigates the techno-economic potential of green hydrogen production in Mongolia, and its application in three hard-to... 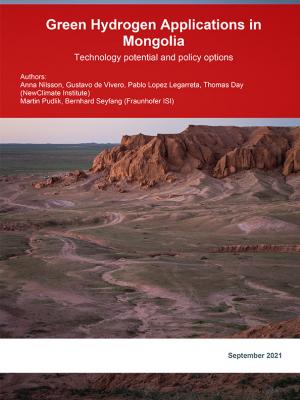 Article 6 of the Paris Agreement provides the framework for a new generation of carbon markets in a context where all countries are... 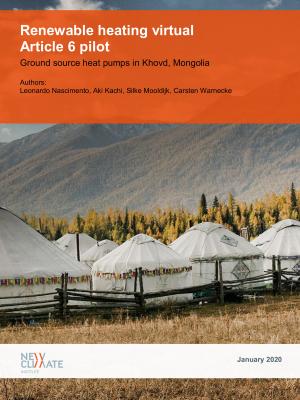 NewClimate Institute, as an implementing partner of GIZ, supports the Governments of Georgia and Mongolia with the further development... 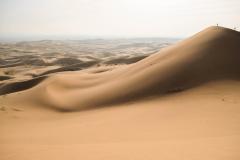