International environmental law principles are used to assess indicators of fair share emissions reductions and narrow the range of what is considered a fair share for individual countries.

This article tests fairness justifications offered in 168 nationally determined contributions (NDCs) to the 2015 Paris Agreement against the touchstone of principles of international environmental law. It finds that while many NDCs refer to elements and indicators that are backed by principles of international law in determining fair shares (sustainable development, special circumstances, common but differentiated responsibilities and equity), some NDCs justify their contributions on the basis of indicators not backed by such principles (indicators including small share of global emissions (for states that are not LDCs and SIDSs), least cost pathways, and emissions per GDP). These insights are used to select a sub-set of approaches to the quantification of national fair share emissions targets among approaches previously surveyed in the literature. This leads to the exclusion of approaches based on cost and grandfathering. Next, the principles of harm prevention and precaution, and the normative pillars of the climate change regime, including its objective, ‘progression’, and ‘highest possible ambition,’ and the norms relating to human rights, are engaged to argue for further narrowing the range of national fair shares such that the sum of individual contributions is collectively compatible with the Paris Agreement’s long-term temperature goal. This leads to the finding that developed states have a Paris temperature goal compatible emission level in 2030 that is net-negative. Of the G20 states, only India and Indonesia can temporarily increase their emissions relative to 2010, only India relative to today. Around half the G20 states have increased emissions over the 2010s, and those decreasing emissions have done so too slowly. 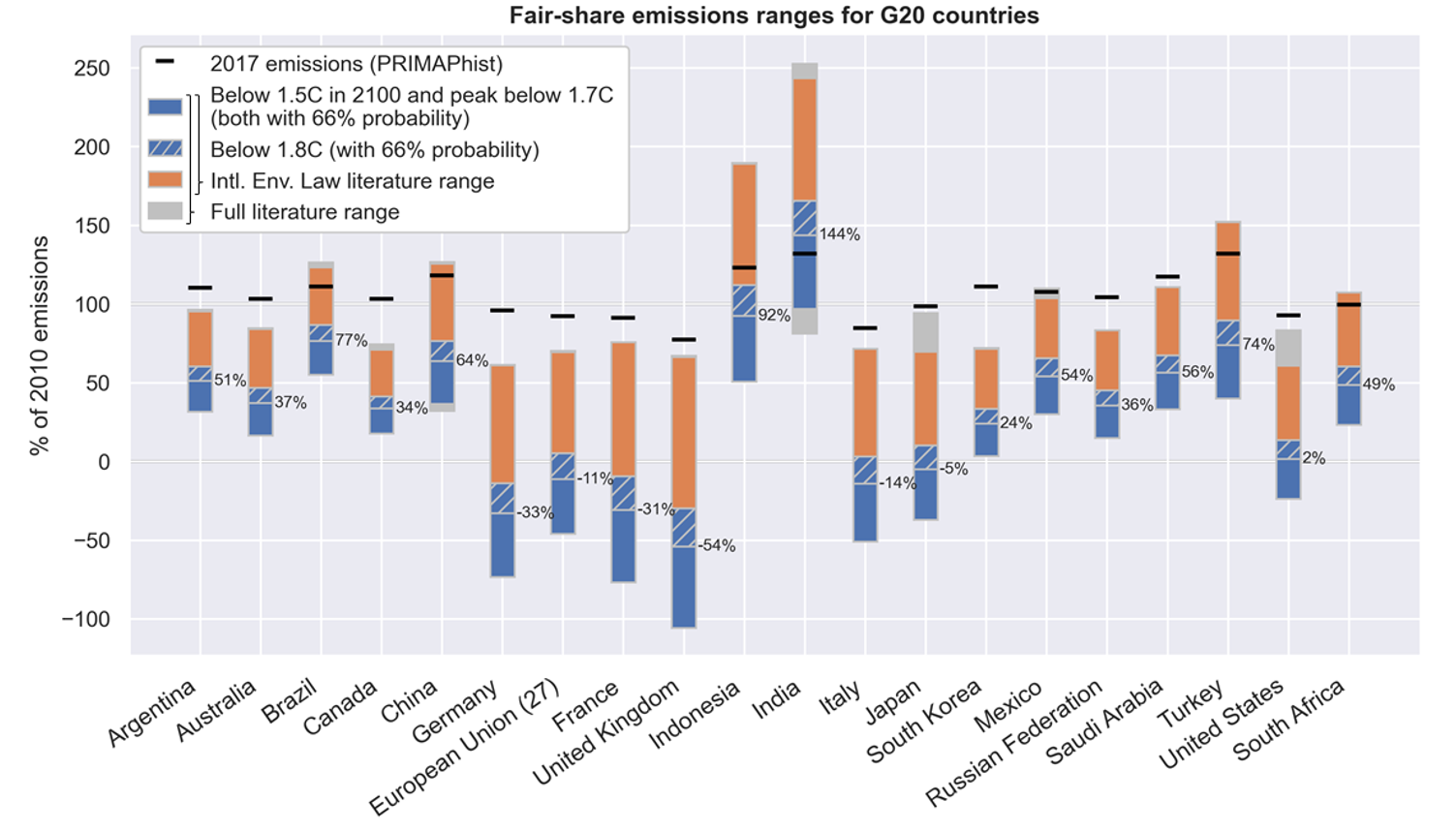