The “traffic light” government that came to power at the end of 2021 set out to realign Germany’s approach to climate diplomacy, make it a priority, and to mainstream climate a crosscutting theme across all government domestic -and international - work.

Taking these elements into consideration, the current government has made a promising start in some respects and has announced plans for specific reforms that still need to be implemented. Still in others, there continues to be a large potential for improvement. 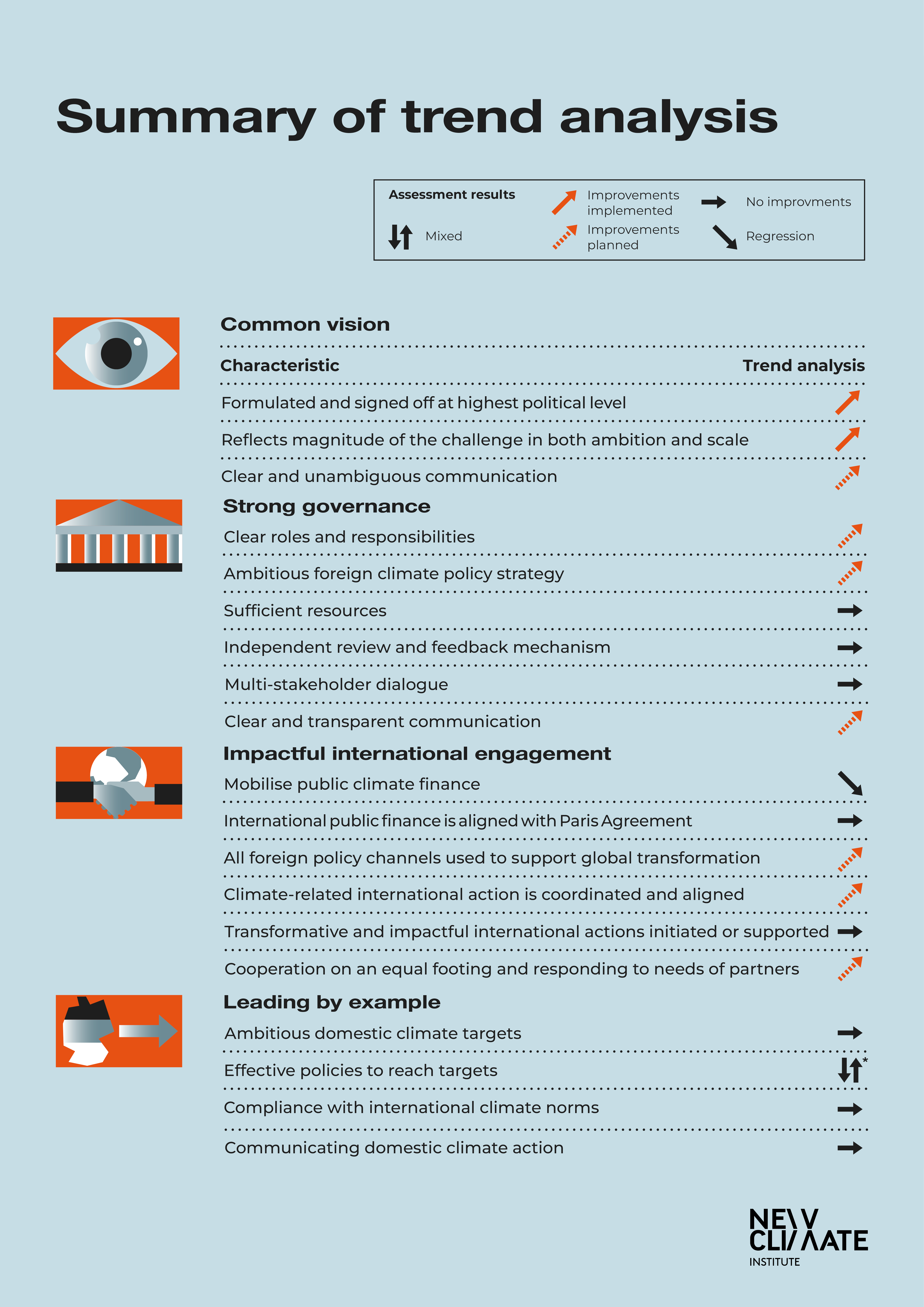 Based on the analysis carried out within the scope of this report, the following key recommendations could help reshape German climate diplomacy and live up to its high potential:

Coherence and consistency among government agencies will require reforms and new structures at different levels from the ruling political parties agreeing on a unified and coordinated approach to realising the vision laid out in their coalition agreement, as well as mainstreaming the ambitious vision throughout domestic and foreign policy and government communication. The coalition should ensure that the federal government's international commitments and pledges, such as contributing to international climate finance or phasing out international support for fossil fuels, are met.

The development of a foreign climate policy strategy for the entire German Federal Government. The strategy should be developed in an inclusive and participatory process involving all relevant ministries, civil society, academia, the private sector and European and international partners, debated in the Bundestag and adopted by the Federal Cabinet. This can help establish structures to outlast the current legislative period.

In order to increase the credibility of self-imposed goals and measures and to make their compliance binding for future governments and decision-makers, it is important to enable and promote third-party scrutiny and enforcement. Measures that can contribute to this include reviewing the mandates of the growing number of government consultative and review bodies to include international German activities and merge or streamline them. New regular, formalised dialogue forums on foreign climate policy can be established to enable exchange between different German ministries, authorities, and civil society.

Effective and transparent communication on, for example, the government’s vision, objectives, actions, and interests in the field of foreign climate policy is vital for both national and international audiences. To improve communication, the need for a foreign policy focused on mobilising international efforts to limit global warming to 1.5°C and build climate resilience should be made even clearer.

It is crucial to institutionalise climate in foreign policy by establishing and embedding regular coordination and consultative structures in government in such a way that they endure and are not reversed after a change in government. One such method would be to build on the recently established "Team Deutschland", whereby communication and coordination with other relevant ministries should be improved. A climate cabinet that includes foreign policy dimensions in addition to domestic climate policy could also play an important role here. Turning all German foreign diplomatic missions into climate embassies can help coordinate work on the ground and break down silos between different ministries initiatives. The government should also ensure that resources match (reallocated or planned) responsibilities within ministries and enable institutions to fulfil their mandates.

In the wake of the COVID-19 pandemic and despite rhetoric of building back better, the world is currently on track towards 2.7°C of... 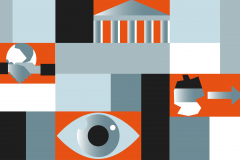 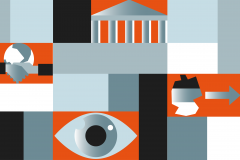