This report explores how various political and financial measures could help to "de-risk" renewables investment using onshore wind investments in Serbia and Greece as case examples.

The financing costs for renewable energies in Southeast Europe have been significantly higher than for conventional power plants. Additionally, high risk premiums hamper the expansion of wind and solar power plants in the region. This study shows which political and financial de-risking measures can reduce costs of renewable energy projects in South East Europe.

Most South East European countries rely heavily on conventional generation technology. As around 50% of existing capacity in the region will have to be replaced during the next decade for age-related reasons, it would be a good opportunity for a transition and make renewables the centerpieces of future energy investments in South East Europe. Especially, because of the reduced cost of wind and solar PV, the general need to reduce global greenhouse gas emissions rapidly and the region's vast renewable energy potential.

To date, the development of renewable energy in the countries has been limited. The reasons for this are high upfront capital intensity compared to conventional methods, which makes them also more sensitive to political and regulatory conditions. These bloated financing costs do not make it possible for renewables to outcompete fossil-fired generation. Targeted de-risking measures such as guarantees from EU funds, long-term renewables targets and remuneration regimes for electricity from renewables could strongly reduce financing cost.

De-risking measures can lower the cost of renewable energy projects by 20 per cent. The cost for onshore wind could fall to 46 EUR/MWh in Greece and 54 EUR/MWh in Serbia. De-risking measures with the highest impact include: (1) the proposed EU budget guarantee mechanism; (2) reliable, long-term renewables remuneration regimes and long-term renewables targets; (3) well-functioning, regionally integrated balancing and intraday markets; and (4) corporate power purchase agreements. 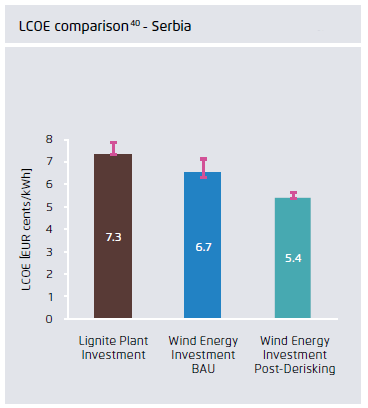 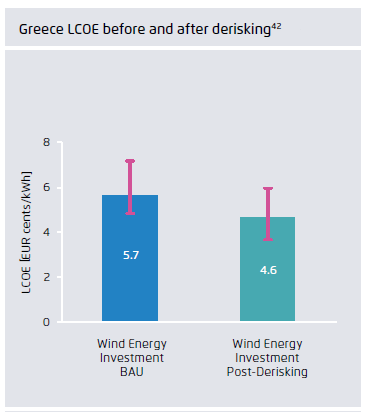 The proposed EU budget guarantee mechanism is a no-regret policy instrument under the new EU budget 2021-2027. The budget guarantee alone accounts for 40 per cent of the decline in financing costs attributable to the de-risking measures analysed in this study. Overall, de-risking measures can enable the expansion of renewables in South East Europe at lower costs than coal, natural gas or nuclear, with attendant benefits for the climate and for human health.

The project, in collaboration with Agora Energiewende and local research partners, looked at the impact of de-risking measures on the... 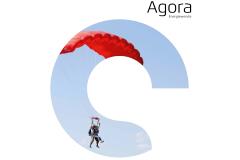