This article shows how a strengthening of existing plans by a global roll-out of successful, regional sector policies can ease the implementation challenge of reaching the Paris climate goals. The novel element of it is to integrate such detailed policy packages until 2030 into pathways that reach long-term targets until 2100 using an integrated assessment modelling framework. The study is only a first step in connecting the analysis of mitigation pathways towards the Paris climate goals with an assessment of the implementability of near to medium term (2020–2050) climate action that would be consistent with these pathways.

Since the prospects of introducing the cost-effective policy instrument, a global comprehensive carbon price, in the near-term are negligible, we study how a strengthening of existing plans by a global roll-out of regional policies can ease the implementation challenge of reaching the Paris temperature goals. The regional policies comprise a bundle of regulatory policies in energy supply, transport, buildings, industry, and land use and moderate, regionally differentiated carbon pricing.

We find that a global roll-out of these policies could reduce global CO2 emissions by an additional 10 GtCO 2eq in 2030 compared to current plans. It would lead to emissions pathways close to the levels of cost-effective well below 2◦C and 1.5◦C scenarios until 2030, thereby reducing implementation challenges post 2030. Even though a gradual phase-in of a portfolio of regulatory policies might be less disruptive than immediate cost-effective carbon pricing, it would perform worse in other dimensions. In particular, it leads to higher economic impacts that could become major obstacles in the long term. Hence, such policy packages should not be viewed as alternatives to carbon pricing, but rather as complements that provide entry points to achieve the Paris climate goals.

This project, jointly implemented between 2017 and 2019 by the Potsdam Institute for Climate Impact Research (PIK), the Mercator... 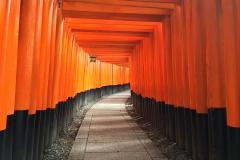 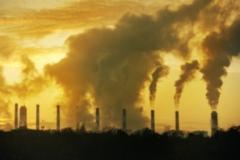