No more fuel to the fire

From energy crisis to transition in Southeast Asia

The global energy crisis has exposed weaknesses in energy systems across Southeast Asia and underpins a need for more ambitious energy transition pathways and a revised approach to energy security. The four countries have largely focused on short-term measures alleviating social welfare impacts and securing fossil fuel supply in their response to the upheaval in energy markets. While most governments have introduced new support measures for clean energy technologies over 2021-2022, it is far from clear whether these will suffice to offset demand growth and displace fossil fuel demand. If governements heed signals to speed up structural shifts in energy supply and demand, they can build momentum for the clean energy transition and resilience against future shocks.

The current energy crisis represents a turning point for Southeast Asian economies, who are heavily reliant on energy imports to sustain growth in the economy and energy needs. Most ASEAN countries are net importers of fossil fuels (although not directly from Russia) and each is dependent on either coal, gas, or oil from overseas.

The Governments of Viet Nam, Indonesia, Thailand, and the Philippines have focused their policy responses on minimizing price impacts on consumers and securing short-term energy supply. In parallel, the four jurisdictions have worked individually to secure upstream fossil fuels. Governments’ policy responses to the crisis have not yet taken into account the evolving consequences of the crisis and addressed underlying energy supply vulnerabilities.

The crisis highlights the urgency to accelerate the fossil fuel phasedowns rather than to rely on projected increases in coal, gas and oil demand and imports to 2030, which is still shaping several long-term plans in the region. Particularly, prolonging of volatile markets and skyrocketing prices have called into question the role of natural gas as a future transition fuel in the region.

Energy efficiency, fuel switching, and behavioural change in end-use sectors form a critical backbone of energy system resilience and independence and should be backed by ambitious structural policies in all four countries. Only minor observations have occurred in incentivising a modal shift to public transport or in energy efficiency measures; policies targeting long-term structural change in the economy to reduce energy demand and fossil dependence has not yet materialized in the jurisdictions.

Thailand, Indonesia, and the Philippines introduced new support measures for renewable technologies in 2022 while Viet Nam presented an ambitious long-term transition pathway to develop into a regional renewable energy hub. Despite these commendable developments, the measures, except for Indonesia’s new tariff design to support renewable energy investment, are either temporary fixes or long-term visions. Governments should prioritise a scale-up of renewables in the short- to mid-term through front-loading investment and focusing on network and operational upgrades.

In November 2021, Thai Prime Minister announced pledges to reach carbon neutrality by 2050 and net-zero greenhouse gas emissions by or... 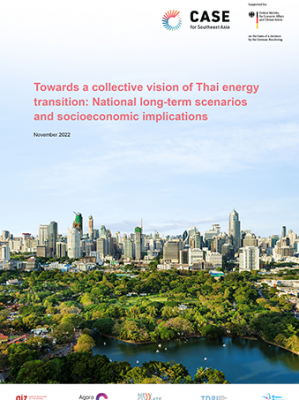 This report focuses on how countries that are dealing with climate change planning can ensure that these plans are integrated into... 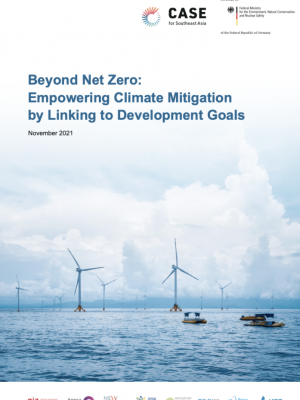 Southeast Asia (SEA) is the fastest developing region in the world with an energy demand projected to grow by 70% in the next 20 years...

The First Indonesia Sustainable Energy Week (ISEW) 2022 was a hybrid event to host the Indonesia Energy Transition Dialogue (IETD) and... 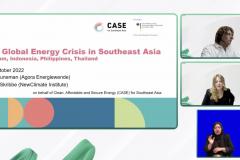