Countries that are now planning a just transition away from coal can learn from experiences of historic and ongoing coal transitions in Europe. This report examines the impact of coal transitions on the workers, communities, and corporations in several European countries and explores the processes, policies, and programmes implemented to manage the transition. Lessons are distilled from the case studies with consideration of case-specific contexts.

The decline of the coal industry has, especially in monolithic economies, left a massive gap in the labour market. Countries have experimented with a broad range of policies and programmes to manage this structural change, with many similarities across cases. This experimentation provides valuable insights into which measures worked, which didn’t, and why.

Ultimately, former coal regions still lag behind national statistics for health, economic growth, and employment. Economic regeneration depends on the ability to attract new businesses and retrain the region’s youth and skilled workers. This has been particularly challenging in rural areas with poor transport and educational infrastructure.

Measures to support workers succeeded in limiting increases in poverty and unemployment but widely failed to reorientate workers to secure jobs.  Early retirement has been one of the main instruments used to manage the labour market shock both in cases of faster, unplanned transitions and slower planned transitions. Careers services were generally poor in quality and coverage. Valuable lessons can be learned from the Skills Development Scotland service, which provides a comprehensive careers service that is also reactive to regional labour markets and integrated into regional development planning.

Visioning and participation were key to the process of managing structural change in coal regions. Approaches with bottom-up project identification and implementation, and top-down financing and coordination, have shown the greatest success in Europe. Local and regional expertise is used to identify opportunities and implement projects, which in turn fosters a sense of ownership of the transition.

Environmental restoration was paramount to just transition efforts and had several cross-cutting benefits – it improved quality of life, reduced outward migration, attracted new businesses, and created temporary jobs suitable for ex-miners, and in the case of the Ruhr and Lusatia it was the foundation of a new core industry in environmental services.

Due to the planned nature of China’s coal phase-out, the prospects for a just transition are greater than in the historical cases seen in Europe. Historical coal transitions in Europe were driven by strong economic forces and resulted in the rapid decline of the coal industry in a number of years, in communities that were heavily dependent on coal in terms of GDP and employment. China has the opportunity to proactively plan its just transition from coal and can learn from experiences of both historical and ongoing coal transitions in Europe.

The NDC support project is set under the umbrella of the IKI funded Sino-German Cooperation on Climate Change (SGCCC) and in the... 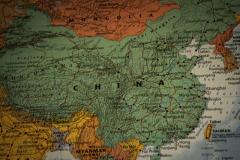