A growing number of countries and companies are setting climate neutrality and net-zero targets. Many countries’ and companies’ efforts towards climate neutrality play a positive role contributing to the fight against climate change and reducing global emissions. However, some of these commitments only obscure the actual impact and ambition of actual climate efforts. In order to enable citizens, investors, consumers and other stakeholders to make an informed judgement, it is crucial that countries and companies are transparent about what exactly their target covers and how they intend to reach it. This discussion paper explores a number of climate neutrality targets and what factors are important to consider when trying to gauge their ambition.

“Climate neutrality” or “Net zero” targets have become increasingly important in the public debate for consumers, voters, and investors alike. This stems in large part from the Paris Agreement, which set out the goal “to achieve a balance between anthropogenic emissions by sources and removals by sinks of greenhouse gases in the second half of this century” (Article 4.1) in order to “hold the increase in global average temperature to well below 2˚C above pre-industrial levels and pursuing efforts to limit the temperature increase to 1.5˚C” (Article 2.1.a). To contribute to this overall goal, some countries have set “climate neutrality” targets as part of their “long-term low greenhouse gas development strategies” (Article 14.9). Further, a growing number of companies set climate or carbon neutrality targets or offer “climate or carbon neutral products” – ranging from car fuel to all-inclusive holidays, and from parcel deliveries to flights and train trips. There are large differences in the transparency of these claims and targets and what they actually mean in terms of GHG impact. Both governments’ and companies’ climate neutrality targets and claims vary in terms of coverage, target year, and the extent to which offsets and negative emissions are expected to play a role. While some actors provide detailed information on important aspects such as current emissions levels, interim targets, reduction strategies, and – when relevant – what type of offset credits are used, other targets and claims are less clear on such details. As a result, it is difficult to understand the meaning of climate neutrality targets and their impact on global emission levels. Targets can represent ambitious and Paris-aligned actions, but they may also misrepresent climate action and have no or a negative impact on global emission levels.

Assessing the status and trends of net zero target setting across countries, sub-national governments and companies. Net zero is the... 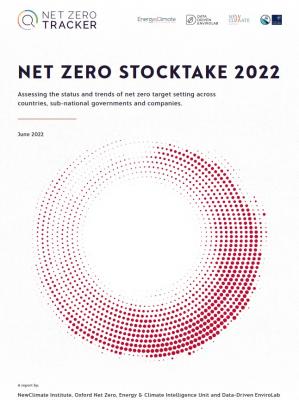 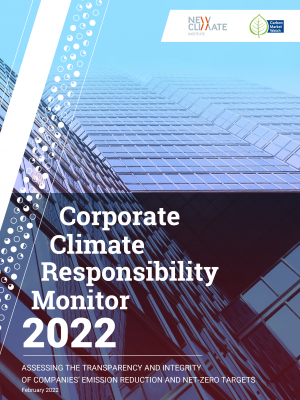 A growing number of subnational and corporate actors set net-zero emissions targets. These include some of the world’s largest... 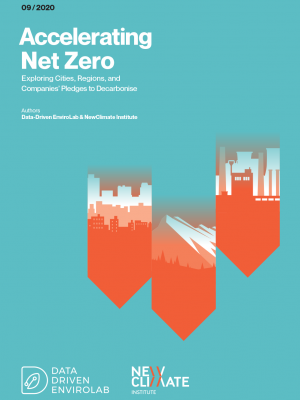 A growing number of countries and companies are setting climate neutrality or “net-zero” targets. Although the apparent growth in...