In this briefing, the Climate Action Tracker presents the global temperature update and shares key insights from the updated assessments. Under current pledges, the world will warm by 2.8°C by the end of the century, close to twice the limit they agreed in Paris. Governments are even further from the Paris temperature limit in terms of their real-world action, which would see the temperature rise by 3°C. An ‘optimistic’ take on real-world action including additional action that governments are planning still only limits warming to 2.8°C. Warming estimates have fallen by 0.1-0.2°C compared to the CAT’s September 2019 update. However, the reason is largely methodological changes and data updates rather than any major scaling-up of climate action.

As of December 2019, very few governments have announced updated and strengthened Paris Agreement pledges: only the Marshall Islands has submitted an updated NDC, and Chile has published a draft, which is at least a clear step forward from its current target. In Paris, governments agreed their actions were not enough to meet the agreement’s goals and that they would enhance their climate action plans by 2020. It is worrying that governments are not stepping up, and it is irresponsible for countries to announce that they will not update their NDC by 2020. The CAT has mapped and analysed these developments in our new “Climate Target Update Tracker”, which we will update as announcements are made.

Many governments are still firmly embracing coal even if it is more expensive than renewables. It is especially problematic in Asia, where China, Japan and South Korea are all funding coal offshore, as well as building new plants themselves. An example of the expansion is the proposed Lamu coal-fired power station in Kenya, which would be both Chinese funded and built. The world is not tracking towards a Paris Agreement-compatible phase-out of coal. We observe a net increase of 63 GW of operating coal-fired capacity between 2015 and 2019. However, this was accompanied by a significant decrease in plans to expand the coal fleet. The coal pipeline has shrunk by nearly 75% between 2015 and 2019.

Global demand for natural gas is growing rapidly - 5% from 2017 to 2018 - and was responsible for the largest increase in CO2 emissions from fossil fuel combustion in this period (nearly two thirds). To be compatible with the Paris Agreement natural gas in power generation, without deployment of CCS, needs to peak before 2030 and be halved by 2040 below 2010 levels, with demand for gas shrinking to only a tiny part of global electricity demand by 2050.

Renewable capacity growth was positive in 2018 with almost 2,400 GW installed worldwide, after doubling in the last ten years. The outlook for renewables is also positive in 2019, as renewable power capacity is projected to increase by approximately 50%, or 1,200 GW in the next five years. Most of the growth is from solar PV and onshore wind, which accounts for 60% and 25% of the additional installations respectively. Hydro will start to play a diminished but still significant role, while offshore wind capacity plans to triple.

The CAT has added four new countries to our list of those for which we undertake detailed mitigation assessments and rate: Kenya (2°C compatible), Germany (Highly Insufficient), United Kingdom (Insufficient) and Viet Nam (Critically Insufficient). In this briefing for COP25 in Madrid, Spain, hosted by Chile, the CAT introduces its new Climate Target Update Tracker, updates its estimates on where country commitments and real-world action get us in terms of global warming by the end of the century. 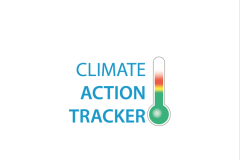