Climate action in agriculture is essential for food security

Myth no. 3: Climate action in the agriculture and land use sector undermines food security

A commonly held misperception is that climate action in the land sectors poses a risk to food security.

In many countries after World War II, a “Green Revolution” increased yields and made agribusiness a large economic force. This was characterised by an expanded use of chemical fertilizers, agrochemicals for pesticides and herbicides, as well as increased irrigation and mechanisation accompanied with land consolidation. Today, many still believe that yields could continue to improve, and that such an approach is necessary to produce enough food for a growing global population, in particular considering a growing demand for meat associated with rising incomes.

This model however has not only reached a point of diminishing returns but has also far exceeded multiple planetary boundaries. Food systems are now responsible for one third of global anthropogenic GHG emissions and would exceed the global carbon budget for 1.5oC even if all other emission sources were eliminated. Intensive monoculture is undermining soil health, as well as water and air quality. Industrial livestock farming poses major ecotoxicity problems including anti-biotic resistant bacteria, and agricultural expansion into wild areas which has become a significant vector for disease, risking global pandemics. Weeds are developing resistance to herbicides. Continuing with high-input industrial agriculture already poses a threat to food security, compounded by the significant climate change impacts affecting the food system including: drought, extreme weather events, and the expansion of invasive species from shifting climate zones.

At the same time, as much of the world was returning to some semblance of normalcy after several waves of COVID-19 variants, the Russian invasion of Ukraine unleashed not only an energy crisis, but also a food crisis on the world. Although some grain exports from the Ukraine have restarted, currency fluctuations – namely a rapidly stronger US dollar, has meant that food importing countries suddenly can’t afford to pay for food that has already reached their ports. According to the World Food Programme, 345 million people in 82 countries are now acutely food insecure, almost 200 million people more than before the COVID-19 pandemic. Although grain exports out of the Ukraine have restarted, food prices continue to soar in many countries.

Climate action in agriculture is a prerequisite for food security, rather than endangering it.

The current multitude of crises is only a taste of what will emerge on the horizon without a rapid shift in agriculture and broader food systems. But the good news is that climate action in agricultural systems can reduce GHG emissions, improve food security, save farmers money, and bring about better health outcomes.

When it comes to food production, meat is by far the highest emitting foodstuff, particularly, but not only ruminant meat (beef, goat, and lamb/mutton). High meat consumption also poses increased health risks from heart disease, colon cancer, and diabetes. Over a third of all crops produced go to feed animals. Soy production is not only a leading driver of deforestation, 75% of it goes to feed animals – far more than is used for human consumption. Using those crops to feed people instead, could feed an extra 4 billion people and reduce commodity prices. Promoting a switch to healthier - more plant-based - diets would not only impact the environment by reducing resource use and GHG emissions but would also have positive health effects including reduced cancer risk, better cardiovascular health, and improved better antibiotic efficacy.

A significant proportion of crops grown are also used for biofuels. The calorific content of biofuel from grains would be enough to feed 1.9 billion people at 2000 calories a day. Globally, the energy contained in biofuels from grains would be enough to provide the recommended daily average -2000 calories a day- to 1.9 billion people each year. In the US, 40% of corn grown is used for ethanol, which is blended with gasoline for motor vehicles. Other countries, including Brazil, Malaysia, and Indonesia also have large first-generation biofuel support programmes. Taking the GHG emissions associated with land use change into account, these “first generation” biofuels have no climate benefit. One recent study found that a faster shift to electric mobility in the US, would avoid about 10% of global cropland expansion in the next 30 years. Considering the global nature of these grains, one country’s biofuel policies can have an impact on deforestation and commodity prices around the world. Shifting away from biofuels based on foodstuffs would bring not only food security benefits, but also help reduce pressure on agricultural land expansion and deforestation.

Fertilizers have a large GHG footprint, not only in terms of the methane gas used to produce them, but also once on the field, synthetic fertilisers are the largest source of nitrous oxide emissions, a powerful GHG. Much of this goes to waste as more than half of nitrogen fertilisers applied to soils are not absorbed by crops. Reducing overapplication and improving the use of fertilizers, for example, could help reduce fossil inputs to agriculture, reduce costs (especially considering soaring fertilizer prices), reduce nitrous oxide emissions, and if done well, does not have to negatively impact crop productivity. Good management practices are all that is needed to reduce fertilizer use and optimise crop yields. While Sri Lanka’s efforts to reduce imports of synthetic agricultural inputs led to a fall in yields that contributed to protests that toppled the government, other countries have had more success. Faced with an embargo for agrochemical inputs including fertilizer, Cuba successfully adopted agroecological farming practices on a large scale. A recent meta-analysis from 30 long term experiments found that organic farming practices can have “generally positive effects on the yield of staple crops”. Such a shift would also reduce the fossil fuel inputs into pesticides and herbicides, the production of which similarly has a large GHG footprint in addition to contributing to soil, air, and water pollution.

Feeding a global population while staying within planetary boundaries and keeping global warming within 1.5°C degrees is a growing challenge where development finance institutions have a key role to play.

Multilateral Development Banks, together with other development finance institutions and the World Food Programme, play an important role in short term famine relief efforts to improve liquidity in commodity markets and to increase supply and overcome supply bottlenecks. In the medium term – there is no alternative but to prioritize helping countries embark in a sustainable and resilient transition of the global food system to ensure food security, promote public health, reduce emissions, and protect vital ecosystems. Progress on sustainable agriculture and land use is also important in fulfilling the MDBs’ commitment to Paris alignment. The three win-win principles detailed above are key to consider in guiding this transition:

MDBs should mainstream these win-win principles into country strategies. Banks that offer policy-based loans can deploy them in combination with capacity building and technical assistance to improve forest governance, reform agricultural subsidies, and implement fiscal incentives for farmers and agribusiness to adopt best sustainable agriculture practices. Robust climate criteria and safeguards in project approval processes – especially for agribusinesses and commodity traders - can help shift commodity markets and avoid aggravating deforestation. Short term measures to ease the food crisis in the here and now should not focus exclusively on efficiency and trade. It is equally important to mainstream sustainability efforts to address the multitude of other crises facing the food system. 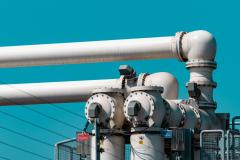