The German emission trading authority (DEHSt/UBA) contracted NewClimate Institute together with adelphi and Öko-Institut to provide a foundation for the formulation and further development of a German position in the climate negotiations, and to facilitate a scientifically-based contribution of German stakeholders in the European and global negotiation process. Based on the state of debate in 2015, concepts for the integration of market-based mechanisms and emission trading schemes in a 2015 climate agreement will be developed, assessed and – in the form of scenarios – presented to a circle of experts. In the course of 2015 and 2016, the process of negotiations will be tracked and the scenarios will be aligned. Once a new agreement has been adopted, case studies on the potential use and design of market instruments and emission trading schemes will be developed for selected partner countries, including concrete recommendations for the further development of these mechanisms in the framework of the climate negotiations to come.

Find out more
Analysing the interactions between new market mechanisms and emissions trading schemes: Opportunities and prospects for countries to use Article 6 of the Paris Agreement
Publication date 24 Apr 2019

The project that is summarised in this report had a twofold objective. First, it aimed to conduct a detailed analysis of the provisions... 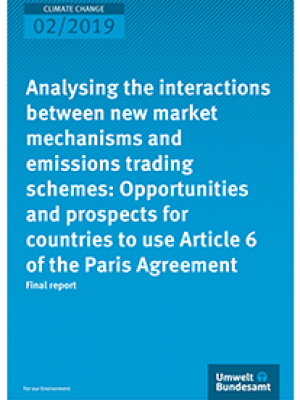 This suite of four publications try to unpack the black box of where countries stand on their readiness to engage in Article 6 of the... 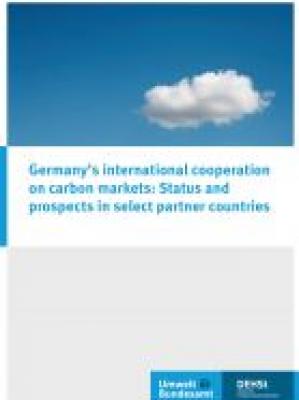 The Paris Agreement includes Article 6 with several provisions, which allow for the use of the international carbon market. In this... 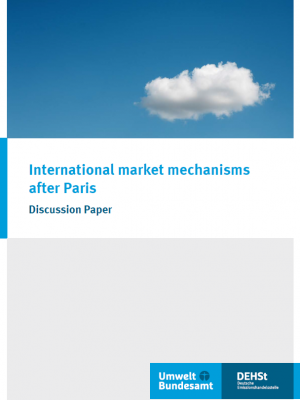 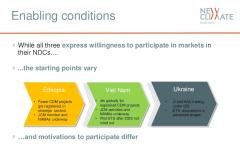