This working paper provides an overview of climate commitments and actions from non-state (businesses and civil society) and subnational (cities, subnational regions) actors in the Latin America and the Caribbean (LAC) region. The paper also sheds light on cooperative climate actions in the land use sector in the LAC region, which hosts the Amazon rainforest.

The LAC region is the fourth largest pool of individual and cooperative climate actions from close to 1500 non-state and subnational actors. As of October 2021, this pool consisted of 77 regional governments, 553 cities, 672 companies, 41 investors and 132 organisations. Cities and companies are the largest and most rapidly growing actors in the LAC region. Climate commitments and action of the corporate sector are difficult to trace in the LAC region as most firms are small and medium sized enterprises (SMEs) or even micro-enterprises.

Climate action in the land use sector of the LAC region, especially in the Amazon basin where massive deforestation continues to take place, is essential to mitigate global climate change. Most prominently, the New York Declaration on Forests aims to protect and restore global forests and has gathered over 200 actors but smaller and sub-national initiatives also exist.

In the face of weak governance mechanisms for land in the Amazon region and an under-representation of Indigenous Peoples and local communities, international cooperative initiatives (ICIs) as well as climate and anti-deforestation commitments can be key. Domestic NGOs of the LAC region, which represent Indigenous Peoples and local communities among other, are in fact more engaged in ICIs with a thematic focus on land use than in other regions and pledges and cooperative action by demand-side actors are emerging.

In this context three non-sate actors groups have a particular role to play in mitigating GHG emissions in the Amazon region:

The two reports present a brief overview of emerging climate action by cities, regions, and companies in the two largest greenhouse gas... 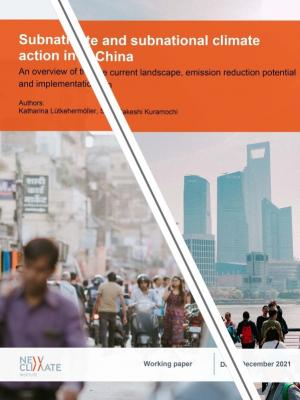 NewClimate Institute is analysing the aggregate impact of non-state and subnational actors (cities, regions and businesses) around the... 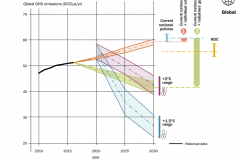