Implications of Paris Agreement on the national emissions reduction efforts

This report discusses inputs for countries to set their mitigation targets under the Paris Agreement, so that those targets are in line with long-term temperature limit. It reconciles different approaches and suggests closing the disparity of the results from the equity and cost-effectiveness approaches through international support. Further, it analyses spill-over effect of domestic action and provides inputs to the discussion around the long-term mitigation goal of the European Union.

The adoption of the Paris Agreement with the long-term goal of reducing temperature increase to “well below 2°C above pre-industrial levels and pursuing efforts to limit the temperature increase to 1.5°C above pre-industrial levels” has important repercussions for the distribution of effort between the Parties to the Agreement. The comparison between the emissions reduction levels determined according to the cost-effectiveness and equity-based criteria indicates significant differences between these two approaches. This discrepancy can be closed by countries with high emissions reductions goal according to the fairness criteria supporting countries where emissions reduction calculated according to the least-cost criteria are higher than those resulting from applying equity considerations. At the same time, it must be ensured that such support should not finance the cheapest reductions in developing countries and do not result in carbon lock-in. The specific socio-economic circumstances need to be taken into consideration when the cooperation between countries with the high emissions reduction required by the equity criteria and high emissions reduction resulting from cost-effectiveness criteria is considered. Transformation away from fossil fuels towards renewables can also contribute to meeting a number of Sustainable Development Goals (SDGs). Due to their distributed character, rapidly decreasing cost, and employment potential, development of renewables complemented with energy efficiency measures will help to increase access to affordable and clean energy (SDG7), help to reduce of poverty and inequalities (SDG1 and SDG 10), and facilitate development of sustainable cities and communities (SDG11).

The specific political context in the respective countries is of great importance when assessing the potential for increasing climate ambition. However, contrary to the socio-economic framework which with few exception changes only slowly, the political environmental within which climate mitigation is taking place may change rapidly. This was especially the case for two of the countries assessed - Brazil and the United States. These changes – positive and negative – have a spill-over effect on other countries. This effect takes place even if the external impacts of a policy are not the explicit objective of certain policies (or lack thereof). But it can be considerably strengthened if domestic climate mitigation effort is accompanied with active leadership and support of transfer agents. The spill-over effect creates an opportunity for the EU to influence emissions reductions well above those targeted by its own measures. The adoption of the goal of climate neutrality by 2050 at the latest, complemented with a more ambitious emissions reduction goal for 2030 and support for climate mitigation effort in other countries, offers the potential for accelerating global climate effort. However, at the time of writing, the European Climate Law was still under discussion and in the version proposed by the Council of Ministers was lacking important elements, such as the institutional setup within Commission, i.e. an Agency, that would oversee the achievement of the emissions reduction targets goal and suggest necessary changes, and commitment to move to negative emissions after 2050. Also, the ratcheted up 2030 goal was still not adopted. Addressing these issues is not only essential for meeting EU’s climate neutrality by 2050 goal but could also help it to considerably accelerate global transformation to low-carbon economy by strengthening and potentially even leading the coalition of countries with strong climate agenda.

Find out more
Implications of the decrease of RES-E and battery cost projections for the revision of the NDCs of Argentina, Mexico and Indonesia
Topic Mitigation targets, policies and actions, Sustainable development and just transition 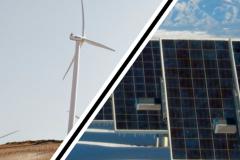 NewClimate, in a consortium with Climate Analytics, Fraunhofer ISI and Ecologic investigated medium and long-term targets for various... 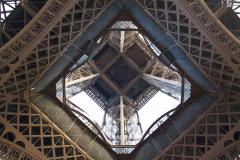